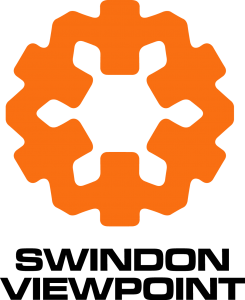 Swindon Viewpoint is Britain’s original and longest-running Community TV service – and as such holds a special place in Britain’s media story.

44 years ago we began life on cable, but nowadays you can find us online at www.swindonviewpoint.com where you will discover thousands of locally-produced videos and photographs on topics as wide-ranging as Music, Visual Arts, Social Action, Politics, Sports, Festivals & Community Events, Education, Health, Public Service Broadcast, Drama, Documentary and Independent/Creative Film. We may be long-lived, but we’ve always been progressive, and as we develop the service, we hope to be introducing new kinds of media.

Swindon Viewpoint is a Public-Access service, which means anyone can submit films for broadcast.  In fact, that’s the whole idea of Community Media – media content produced by and for the community!  So please feel free and encouraged to submit your content to us by emailing viewpoint@swindonviewpoint.com

NB. There are a few necessary principles guiding this, which you can find outlined in our Public-Access Policy.

Although constituted in 1958 (by some very forward-thinkers), the station first began broadcasting over cable in 1973 as part of a government experiment to trial the idea of Community Television. Along with Swindon – Bristol, Sheffield, Greenwich and Wellingborough all saw start-ups, but where none of these made it past the first 2 years, Swindon Viewpoint was the only one to flourish and prove successful beyond the initial trial period.

The experiment sought to answer questions such as:  Will a community take advantage of and benefit from such an opportunity?  Can people with no training in television production learn to make their own programmes? Will others watch such programmes?  What changes in attitude to television will occur in those who produce, and those who watch?  How can cable television be used to create new patterns of communication at a local level?  And, how will locally-originated programming differ from national television?

After the experimental period EMI (who funded the Swindon experiment in hope of some financial gain) planned to close the service, but after widespread public dismay finally agreed to sell the station to the people of Swindon for a nominal price.  Since then Viewpoint has been publicly-owned and has operated a full Public-Access Policy.

Local people made thousands of films on a wide range of issues during the 70s and 80s, but things went much quieter in the 90s when Viewpoint lost its accommodation, equipment and distribution outlet.  Viewpoint, while still making a handful of programmes, then concentrated on digitising its back catalogue, and partnered with Western Film Archive and the Swindon Society to collect and preserve local historic films (and photographs) stretching back to the birth of cinema.

This process is still ongoing, but many can already be viewed at ww.swindonviewpoint.com – Viewpoint’s modern-day online broadcast platform.  Over 2,000 archive videos have been uploaded (with an estimated 1,000 still to go!). Of course many new local programmes continue to be made today and these will form the archive of tomorrow, building to form the largest audio-visual catalogue of local life and manners to be found anywhere in the country. Filmmaking has never been easier and lots of new interesting programmes are seeing the light of day.

With this new distribution method Swindon Viewpoint has seen a resurgence over the last decade and visits to our service are already many millions.   It has also amassed a very large regular audience of well over 100,000 unique, repeat visitors.

Viewpoint registered as a Charitable Incorporated Organisation in 2013 and is now managed by a Board of Trustees, whose members will be due for re-election later this year. They now oversee the Swindon Viewpoint service.

During the 70s and 80s, Viewpoint welcomed visitors to its Victoria Road studio from all around the world.  Unsurprisingly, Viewpoint is also now studied on University media courses in many countries, we were recently pleasantly surprised to be approached at a conference by a student who had studied Viewpoint on his course in Japan!

The service has always championed the rights and interests of the public and will always remain accessible and accountable to you.

So if you want to get involved, either by making programmes, training others or helping run the operation – please do!

Funded by the Big Lottery

This website was funded through the support of a Big Lottery ‘Awards for All’ grant. 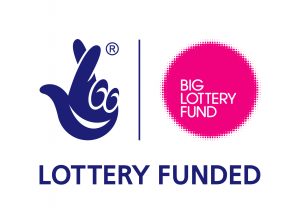